After opening all of the packs from my first 2015 box I was craving more.

Three Stars Sportcards had a special on the 2014 Update box – $40. I didn’t have any of the cards and that seemed like a good price point for me to hopefully get a near complete set as well as some cool inserts. 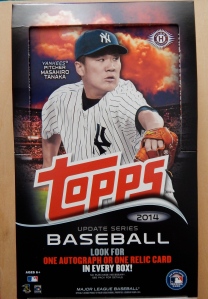 I think the key card from this set was the Jacob DeGrom RC. I opened one regular and one gold. 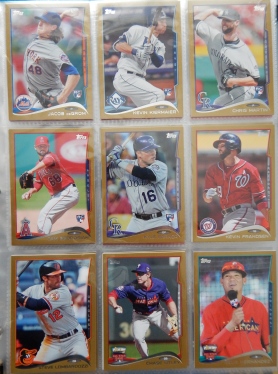 Lot of gold all-stars. Too bad none of them are players I collect. 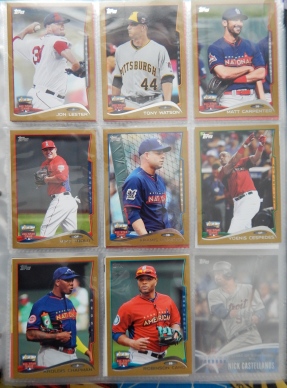 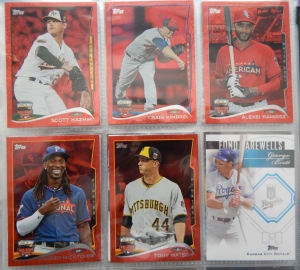 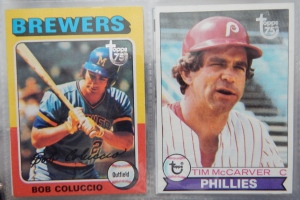 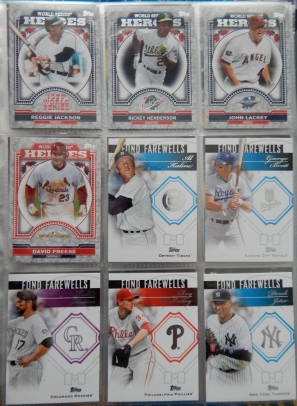 Some more inserts of players I don’t collect. Who wants them? 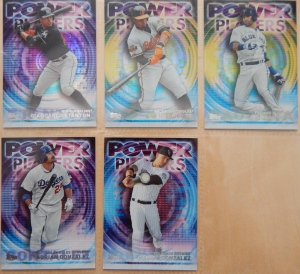 I can’t say Power Players without saying it like The Power Rangers theme song. 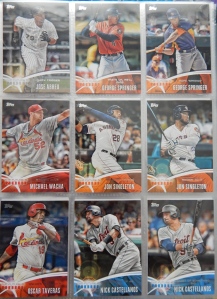 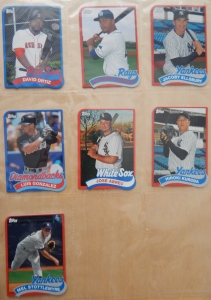 Lots of Yankees in the Diecuts. Who wants them? They always demolish my Twins in the playoffs. 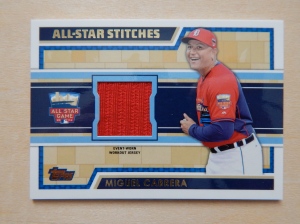 And here’s the highlight of the box – 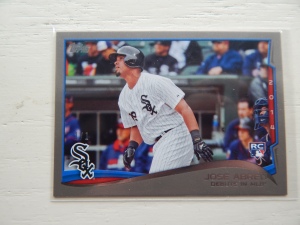 I collect for the fun of it and don’t really care about making a profit. But, I don’t collect Abreu and since this was just a checklist I didn’t think it was cool enough to hang onto and I was sure someone out there would love it.

So now I have a nice Paypal balance to get some more of my missing Topps sets and Diamond Kings.

Let me know if you’d like to trade for any of the cards I pictured in this post and thanks for reading!