When I first got back into the hobby last year I bought several retail packs from the Big Red Bullseye before I wised up and discovered it’d cost me a few hundred dollars to complete a set.

This year I had the urge to become one with the many and treat myself to a shiny new hobby box of the main release and hope to complete the set through trading and ebay. On February 4th I popped into Three Stars Sportcards and grabbed $60 of sealed succulence. 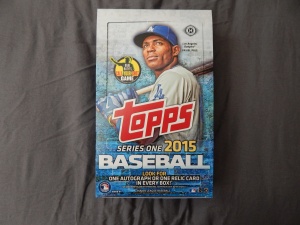 “This is my Box. There are many like it, but this one is mine.”

The one card from the set that I really, really wanted was the Jack White First Pitch insert. Taking my favorite musician, throwing a Tigers uniform on him, and capturing him on a baseball card while genuinely smiling brings me a double dose of delight. The day before the release I noticed that people were paying over $20 for the card on ebay. Boo! I don’t want to pay that much for one card! That’s why it’s so cool that the first pack I opened – Jack White. boots~ 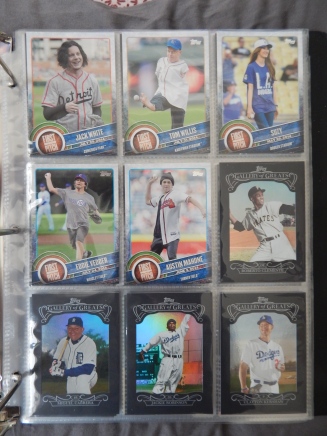 I like the look of Gallery of Greats as well! I think I got two of them from a couple Jumbo packs I also bought. I’m not really a fan of Miggidy Cabrigitty so he’ll be available for trade. The other three are keepers for my collection.

Highlight of the Year cards are alright since I enjoy reading about the history of the game. The cards don’t have enough visual appeal for me to want to collect the set, though. 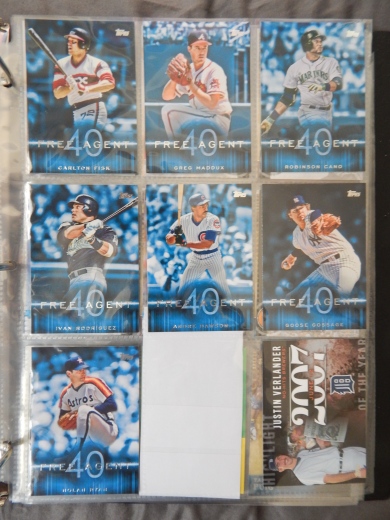 Free Agent 40 cards are interesting from a historical sense as well. I think Ryan is the only one that I’d want to keep, though.

Hey! What do you know? Another insert set dealing with history! Plus two guys who I know very little about. Since I didn’t start collecting until 1987 it’s pretty cool to get some earlier cards even if they are in the form of buybacks.  I’ll check both of my buyback guys on wikipedia or baseball reference. 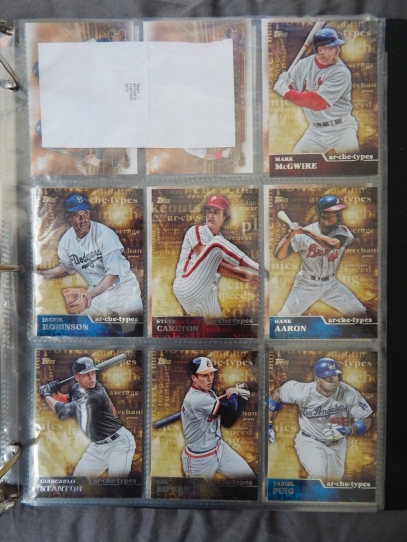 I got a nice selection of Archetypes. Plus I think this is the best looking insert set of the series.

Inspired play matches a player from the past with a present player on the same team. I was really hoping for the Kershaw / Valenzuela card. Let me know if you have one for trade!

I don’t really care too much about the parallels. The Golds do look really nice but I didn’t get any players I collect.

I don’t really get the appeal of a lot of relic cards. Why would I want a square inch of some sweaty shirt another guy wore?!? I’d have rather received an auto. Hopefully, next series’ box.

My final numbers from the box –

Not too shabby. A lot of people complain about the amount of inserts. I don’t mind it. I think it appeals more to the younger crowd and we all have to remember that that is when most of us got hooked. If there’s a 9 year-old in St. Paul opening a pack for the first time he’ll probably be pretty giddy to see a few inserts. Besides, if you really want to get rid of them it’s pretty easy with ebay and other websites.